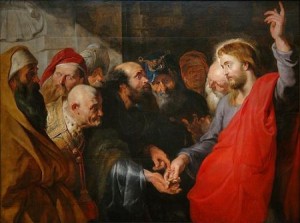 Project: Religion and patterns of social and economic organization. Elective affinity between religion and economy in Christian denominations in Switzerland and Russia

Prior to the crisis of 2008 that took place in the US and Europe, the socio-economic situation was described by many economists and political analysts from the dominant neoliberal wing as late modernity with representative democracy and the free market as sole normative model of social and economic system. After the crisis of 2008, this normative example has seized to be unquestionable: the crisis affected the developed countries which actively promoted the centrality of financial innovation, from the stock market to mortgages and the practices of unsecured borrowing (credits).

Currently, there is no model which would allow analyzing both the contributions of religion to the development of human societies and, at the same time, the involvement of the types of economic relations as an alternative or complement to the market exchange.

In this contemporary situation the proposed research project explores the capacity of religion in facilitating the development of various patterns of social and economic organization by analyzing the elective affinity (Weber) of various Christian denominations (Orthodoxy, Catholicism, Protestantism) and three types of economic relations (market exchange, redistribution, gift exchange). The main research questions are the following:

1) How does religion contribute to economic growth and sustainable development?

2) How the relation between religions and economy is influenced by different types and components of religion and religiosity?

3) How the relation between religions and economy is moderated by those types of economic relations – market exchange, redistribution, and reciprocity (gift exchange)?

The research project is theoretically based on a different pattern of economic relations, as well as on a differentiated model of religion and religiosity.

The model of religion and religiosity includes social and individual components. The social component of religion is identified at three levels: micro-, meso- and macro-level. The model takes into consideration the particular characteristics of countries with religious monopoly (like Orthodoxy in Russia or Protestantism in Scandinavia) and the specific features of countries with high levels of religious pluralism, as well as countries which have or have not undergone forced secularization.

The model of relation between economy and religion is tested via empirical research in Russia and Switzerland.

The elaborated model within this project could be used for analyzing the contribution of religion to economic growth and sustainable development. Also, it may provide for international economic institutions some important insights regarding the assessment of the quality of life.

The project’s outcomes will be summarized in a monograph in English and Russian languages, and in a series of articles published in international peer-reviewed journals. The results will be presented at international conferences and workshops, and will be distributed among the academic and public institutions.

Emeliyanov Nikolay. 2018. "Religiosity paradox: where do believers come from?" Monitoring of Public Opinion: Economic and Social Changes, 2, 32-48.
Markin Kirill. 2018. "Between belief and unbelief: non-practicing Orthodox Christians in the context of the Russian sociology of religion." Monitoring of Public Opinion: Economic and Social Changes, 2, 274-290.
Prutskova Elena. 2018. "Easter cakes and/or Eucharist: typology of Orthodox Christians participating in the blessing of Easter food." Monitoring of Public Opinion: Economic and Social Changes, 2, 243-260.
Markin Kirill. 2017. "Reasons for not attending church among Orthodox Christians in Russia." Religion and History: Papers of the V International Scientific Conference, April 20-22, 2017, 270-275, Minsk, Republic of Belarus: Ed. S.I. Shatravsky. Minsk: BSU Publishing Center.
Prutskova Elena, Markin Kirill. 2017. "Typology of Orthodox Russians: the problem of constructing a generalized religiosity indicator." Sotsiologicheskie issledovaniya [Sociological Studies], 8, 95-105.
аннотация
"There are many approaches to religiosity measurement in sociology of religion, but most of the methodological literature is devoted only to the first step of operationalization of this concept — defining the aspects of religiosity and choosing the indicators for each of these aspects. At the same time almost no attention is paid to the inverse operation — the construction of the generalized measure of religiosity based on the operationalization developed. We consider three basic approaches to this problem and discuss their strengths and weaknesses. The first approach is using individual indicators. It allows minimizing the loss of information about the respondent’s answers, but it lacks generalizability and doesn’t allow for comparison of religiosity effects if religiosity is measured with different indicators. The second approach is construction of a generalized measure of religiosity on the basis of several indicators using summation, averaging, the principles of the strongest or the weakest response, and Factor Analysis. An advantage of this approach is that it produces a religiosity scale of at least ordinal measurement level. But one of the problems that emerge when we try to apply Factor Analysis is that it implies a measurement model with reflective (effect) indicators while the theory rather favors the formative measurement model. The principle of the strongest response overestimates the number of highly religious people while the opposite — the principle of weakest response — underestimates it. The third approach is the construction of a typology on the basis of several indicators with relatively homogeneous religiosity groups using Cluster Analysis or Latent Class Analysis. The advantage of this approach is that it doesn’t imply unidimensionality of religiosity phenomena and tries to find types that actually exist in the data. We come to the conclusion that in current situation, characterized by the plurality of social forms of religiosity, it would be most productive to use the latter approach. Further, we develop a typology of Russian Orthodox Christians based on the data of the Orthodox Monitor survey (2011) using Hierarchical Cluster Analysis. The typology is based on four indicators: believing in God, frequency of Church attendance, frequency of attendance at religious services, and frequency of Confession and Communion."
Vrublevskaya Polina. 2016. "On forthcoming perspectives of solidarity: religion and morality in E. Durkheim’ social theory." Vestnik PSTGU. Series I: Theology. Philosophy 4 (66), 67-83, Moscow: PSTGU.
аннотация
"Usually religion is placed at the center of Emile Durkheim’ theory as it performs the function of solidarity production and maintenance within a community. However, this way of perception of durkheimian conception gets useless regarding present reality because today religion hardly remains the common element of the social life for individuals living together. In «Elementary forms of religious life...» (1912). Durkheim quite superficially touches upon the topic of solidarity in contemporary society, but the reader has every reason to believe that durkheimian theory implies the upgrade of the fundamental bases and solidarity mechanisms. This article proposes to rebuild durkheimian social theory in order to demonstrate the continuity between religion and morality, as Durkheim supposes. Key to successful shift in emphasis from religion to morality is a return to the very key category of «sacred». Sacred is viewed as an integral part of the religious system which is true, but not comprehensive. The interpretation of «sacred» via «religious» overshadows an important fact, that the first one is a generator for the latter. This weighty remark allows us to take the next step and say that just as for religious system of representations, sacred becomes the basis of morality. Here and now the author undertakes an attempt to release the category of «sacred» from a strict religious interpretation, traces the line of functional continuity between religion and morality and reveals a new perspective on the mechanisms of solidarity in contemporary society." 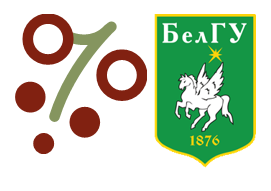 Online seminar “Religiosity in the sociological perspective”, May 21, 2020 >>> 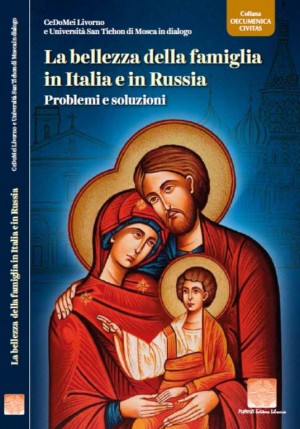 6TH WORKSHOP OF THE PROJECT “RELIGION AND PATTERNS OF SOCIAL AND ECONOMIC ORGANIZATION”. 21-24TH OF JUNE 2018. UNIVERSITY OF BERN, SWITZERLAND >>>

Researchers of the “Sociology of Religion” laboratory at PSTGU took part in the conference of the European Association for the Study of Religions (June 17-21, Bern, Switzerland) >>> 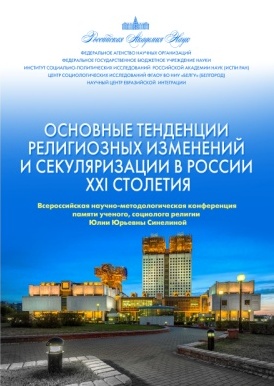 On the 30th of March, Elena Prutskova took part a conference in the memory of Yulia Yurievna Sinelina at the Institution of the Russian Academy of Sciences the Institute of Socio-Political Research >>> 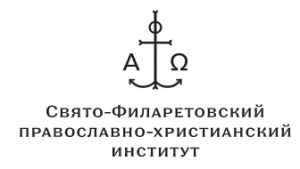 On March 23 Elena Prutskova and Kirill Markin presented a paper at the “Typology of Contemporary Russian Orthodoxy and its projection in the social sphere” conference at the St. Philaret Orthodox Christian Institute (Moscow) >>> 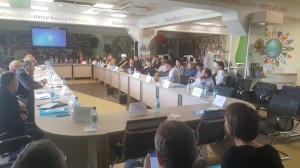 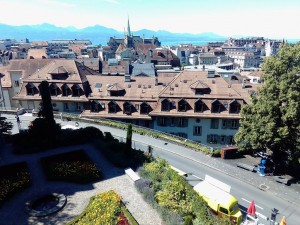 5th Workshop of the project “Religion and Patterns of Social and Economic Organization”. 6th July 2017. University of Lausanne, Switzerland >>>

4th Workshop of the project “Religion and Patterns of Social and Economic Organization”. 13-17th February 2017. University of Berne, Switzerland >>>

3d Workshop of the project “Religion and patterns of social and economic organization” 19-24th September. University of Bern. Switzerland >>>

2nd Workshop of the project “Religion and patterns of social and economic organization” with Dr. S.Huber (University of Bern, Switzerland). 10-12th of August 2016. PSTGU. Moscow. >>> 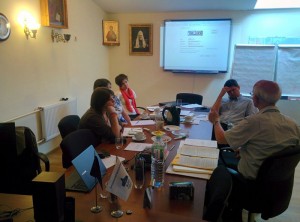 1st Workshop of the project “Religion and patterns of social and economic organization” with Dr. M.Hainz (Munich School of Philosophy, Germany). 6-7th of July 2016. PSTGU. Moscow. >>>