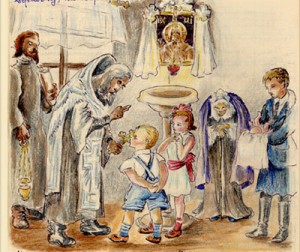 About the Project
The project aims at studying the time budget (allocation of time according to its type of use) of modern Russian priests. The idea for this study grew out of the research project, “Priests in the Modern World” as an attempt to test the hypotheses formulated during theoretical seminars on field materials.
The main scope of the project is to implement field work following the method of participant observation of priests’ daily activities and studying their time journals.

Today there is no single concept of who an Orthodox priest is, what his job description is, and which tasks have priority. Priests, parishioners, and the media are likely to give very different answers to this question. Thus, in order to understand the role and place of priests in the modern world, it is necessary to study their activities “as they are” through direct observation of priests’ everyday life and their participation in it. This work should result in the understanding of how priests’ time is allocated and how in reality this time budget is related to the perception of their role in the Church, their role in the life of parishioners, and in the country as a whole.

One of the research hypotheses is that modern priests need to observe a constant balance between caring about the souls of their parishioners and performing prayer services. During this study we are planning to see how the priests themselves find a balance between these two practices, and how they perceive and explain their methods of resolving the contradictions that arise.

Obviously, the time budgets of priests will vary depending on many factors (the place of the parish and its type of location, the specific character of additional activities of the priest, his obediences, etc.). Therefore, our task is not to build up an average indicator for all priests, but to construct a typology of their actions.

The unique nature of the project is that this kind of study has not been conducted before using Russian materials.

Fieldwork: a study of “50 Confessions”

As a part of a project, an empirical study of “50 Confessions” was conducted. Simultaneously 50 observers in 50 Moscow parishes collected the data on confession processes. The observation was conducted on April 9-10, 2016 (on Saturday and Sunday), during Lent. Each parish recorded a number of indicators during the evening service on Saturday – the all-night vigil, and the morning service on Sunday. The main indicators were: the total time spent at confession by one of the priests of the parish (on Saturday evening and on Sunday morning), and the number of people confessed to him during this time.

Emeliyanov Nikolay. 2018. "Religiosity paradox: where do believers come from?" Monitoring of Public Opinion: Economic and Social Changes, 2
, 32-48.
Emeliyanov Nikolay. 2017. "An Analysis of Secularization in Russia from the Supply Side." Christian Reading, 1, 152-188.
Krihtova Tatiana. 2016. "Time-budget of a priest." Saint-Tikhon's Teological Institute.
Emeliyanov Nikolay. 2016. "The temporal structure of the activities of priests and the substantive effects of religious life in contemporary Russia." Russian Sociological Review, №4 (15), pp.176-201.
Krihtova Tatiana, Aleksin Kirill. 2016. "Ritual-making and care-providing, together or separately? Based on the time budget of modern Orthodox priests." Religious Studies. T. 4, 89-95.
Krihtova Tatiana, Aleksin Kirill. 2016. "Specificity of the social roles of orthodox of priests: an empirical study." Herald of the Russian Christian humanitarian academy. T. 17. No. 4, 75-87. 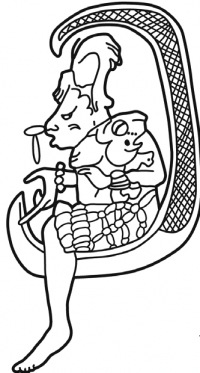 27.04 – 3.05 Tatiana Krihtova, fellow-researcher of the Laboratory, participated in International school-conference of folklore studies and cultural anthropology “Science as a process: verification of the knowledge and languages of description” in Pereslavl-Zalessky >>> 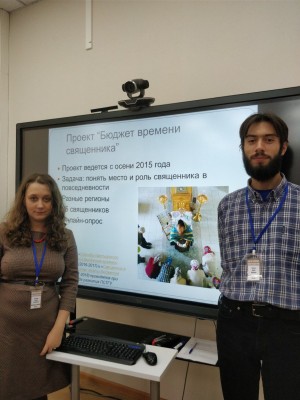 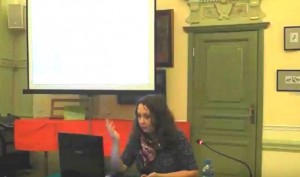 Public Lecture by Tatiana Krihtova “What are priests doing daily?” >>> 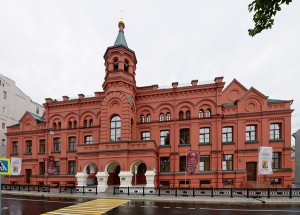 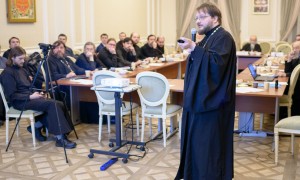 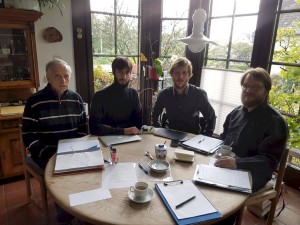 October 7th 2016. archpriest N. Emelianov, deacon A. Chernyi and K.Alexin Took Part in the Workshop on Contemporary Problems of Pastoral Theology in The University of Vienna >>>

04-29th of August, 2016. Field expedition to Shilka, Zabaikalsky region, in the framework of the project “Analysis of the time-budjet and types of activities of priests” >>>