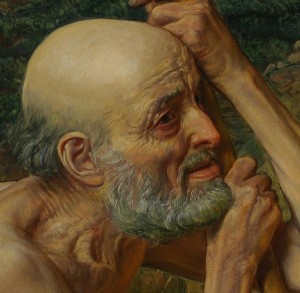 PROJECT: Social work of the Russian Orthodox Church: development factors and the problem of institutionalization.

FUNDING: The study was carried out through a grant from the President of the Russian Federation for the development of civil society (project No. 20-1-037307) with the financial participation of the St.Tikhon’s Orthodox University. Organization of the project – St. Tikhon’s Theological Institute.
DURATION OF THE PROJECT:  2020 – 2021

ABOUT THE PROJECT
The dynamics of religious life in Russia at different periods was determined by different driving forces and processes. So, the 90s and early 2000s are a period of intensive quantitative growth – mass conversion to Orthodoxy, which ended with the stabilization of the share of Orthodox believers in the country’s population at the level of 65-75%. In the last 10 years, this dynamic is determined by qualitative shifts, i.e. the very content of religious life is changing, and in the first place, the emphasis on social activity by traditional religions is noticeably increasing. In 2010, Patriarch Kirill initiated the introduction of the position of a social worker in the parishes of Orthodox churches, and from this moment in the Russian Orthodox Church there are processes of intensification, centralization and professionalization of social activities. To increase the effectiveness of church social activity, it is necessary to identify factors that influence the possibility of its implementation, as well as to study the problems that stand in the way of its most successful implementation, to propose effective ways to overcome these problems based on the opinion of the participants of this activity on the ground as organizers social workers), and those who are directly involved in it, or could be involved in certain conditions. To solve these problems, three sociological surveys will be conducted. Based on the results of the first of them – an all-Russian representative survey of the population (1,500 respondents) – typologies of the Russian population by religiosity and lifestyle will be built, a comparison of these typologies with the expectations and demands of the population regarding the social work of the Russian Orthodox Church will be carried out, factors contributing to and hindering the connection of the population will be identified to church social activities and participation in the volunteer movement. The second survey is of the Orthodox church population (600 respondents), i.e. those who are most often the direct executors of church social projects, will allow us to assess the conditions and factors affecting the effectiveness and diversity of parish social work. In this survey, in addition to individual experience and opinions regarding participation in social activities, respondents as an expert will describe their arrival in general. Based on the results of the third survey, Russian Orthodox Church social workers (150 respondents), i.e. direct organizers and leaders of church social projects – the benefits and costs of professionalization and institutionalization of church social work will be assessed, problems and prospects for the development of church social activities will be described. Based on the results of the study, recommendations will be developed to overcome the main problems associated with the organization, professionalization and institutionalization of church social activities. The project will be completed by a conference of the Russian Orthodox Church social workers, during which it is planned to hold consultative seminars and trainings for them to organize work in the provision of social services.