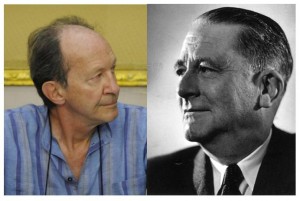 Project: The economy as a problem: political and theological thought about the boundaries of economics

The aim of the project is to develop an approach to explain the phenomena of modern economic life from the standpoint of political theology. Unlike other social sciences that tend to borrow explanations from economics political theology with its combination of philosophy and theology can provide a critical look at the phenomenon of the economy in general. The transformation of political power into economic power was a long process that was directly related to the emergence and evolution of Christianity and the transformation of views on the relationship between God and the material world. The study of this process would make it possible to trace the formation of economy and set an alternative view of the today largely economized institutions. Economic logic permeates all social institutions, and its dominance in the family, communities, corporations prevents cooperativeness, the development of social ties, mutual support and collective action.
The boundaries of the economic evolve through the history and may eventually subdue all new forms of human interaction to the economic logic. From the analytical point of view, the project aims to explain the changes that are produced in the collective life by the displacement of the economic boundaries. Despite the fact that political theology has sufficient resources to explain the essence of the economization process, these possibilities so far have not been used sufficiently. This study will help to form the understanding of the nature of the economy from the point of view of political theology. We also project to develop and evaluate possibilities and limitations of certain forms of existence of human communities escaping from economization. The key concept for the analysis will be the concept of the “inoperative community” which implies the formation of the unity based on a special kind of communicative practices beyond goal-oriented relations of production. This concept will be evaluated both theoretically and with the involvement of empirical data from previous studies conducted by members of the research team.
The project consists of two parts. The first part includes critical work with the literature in form of a regular seminar. The central text will be Giorgio Agamben’s book “The Kingdom and the Glory”, in which the idea of economic theology is developed and the concept of the inoperative is offered. Other works on the philosophy of economics, theology, political theory will be used as auxiliary texts. The second part of the project is dedicated to the preparation of a series of articles: theoretical ones that are supposed to form a conceptual framework for the political-theological analysis of the economic boundaries, as well as empirical ones that will use these tools to explain the specific phenomena of social life based on the data collected in previous studies.

The project is being accomplished within the framework of the program of PSTGU Development Foundation in 2016.

Zabaev Ivan. 2018. "Religion and Economics: Can We Still Rely on Max Weber?" Russian Sociological Review, 17 (3): 107-148.
Kostrova Elizaveta. 2017. "Economy and the Other: borders between two worlds in work of H.Arendt and E. Levinas." Chelovek, 65-76.
аннотация
"In the philosophy of Arendt and Levinas, one’s attention is drawn to the parallelism in the way they put forward the “concealment” / “interiority”, correlated with the “economy” that was originally understood, as opposed to the space where the meeting with the other(s) occurs. Similarity, however, ends where they specify what lies beyond the “economic” and who this other is. If for Arendt, existence outside the «economy» is one of the activity, for Levinas the true face-to-face relation is fundamentally different from any action. Key words: intersubjectivity, public sphere, economy, Arendt, Levinas." 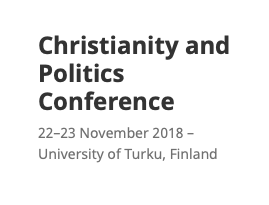 Polina Vrublevskaya took part in the international conference “Christianity and Politics” at the University of Turku, Finland, November 22-23, 2018 >>> 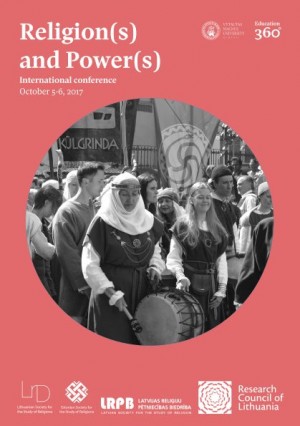 5-6 of October researchers of the laboratary participated in international conference “Religion(s) and Power(s)” by Lithuanian, Latvian and Estonian Societies for the Study of Religions >>>