A trip to Father Alexander Tylkevich in the town of Shilka for collecting field data for the project, “Ways of Pastoral Action: Analysis of Priests’ Time Budgets”.

The month that we spent in the Trans-Baikal region visiting Father Alexander can hardly be described in a short article. However, I would like to mention two points which have particularly struck me. First, prior to my visit to Father Alexander in Shilka, I had thought that the project on the time budget of a priest is a project for how one may “squeeze” the objectives of a priest into a day of 24 hours. At least, I had a feeling that such a “budget” attitude towards time dominates among some of my friends from Moscow, “Do I have enough time for this? And that? Oh, definitely not for that,” and that it cannot be otherwise. It seems like Father Alexander treats time as if the more you do, the more time you have. For example, I would not want to live far from work (more than an hour’s drive, for example). While Father Alexander, while serving in Shilka, regularly travels three or five hours (one way) to other locations with newly built churches or crosses to which the local dwellers come to pray. At the beginning of his work, as he said, he opened the map of the Trans-Baikal region and looked – “Where do people live here?” and went there. The most remote village which he went to can be reached only in the winter, over the ice, in a cross-country vehicle, spending eight hours on the trip, and it seems that Father Alexander was the first Orthodox priest whom those people have seen in person. Now he tries to go there at least once a year.

The second point was related to the fact that the Trans-Baikal region is not an easy place: there, for example, I learned about the existence of the AUE movement when children in schools and orphanages collect “tribute” from other children into the common cash fund of a criminal community. In this region, there are many prisons, a high level of teenage suicides and alcohol consumption per head of population, etc. But reading the articles of the journalists who have been there after my return (for example, about AUE, see http://takiedela.ru/2016/02/aue/), I saw only a pessimistic assessment – no one and nothing is able to revive a normal life in the region, because there are no longer models of normal life and those who are willing to revive it. However, Father Alexander not only does social work (such as assistance to orphanages or individuals who find themselves in difficult life situations), but also actively searches for such “examples” and tries to “present” them – would an equestrian tour with a local Trans-Baikal Cossack – a horse riding instructor – be educationally valuable for the orphans? What is the best way to organize soldiers’ games for orphans with the support of the Chita marines? Who would direct a brass band in the nearest Cossack school? Who can head the rehabilitation programs for those addicted to alcohol? In front of our eyes, Father Alexander not only solves such problems from morning till night – looks for people and resources, discusses the projects, writes on the Internet about his activities, but also thinks what else he can do. And Father Alexander follows the military approach to such issues in the best sense of the word (Father Alexander is a former tankman), “The job is arranged – now it must be solved.”

Together with Father Alexander, we visited Shilka, Nizhny Stan, Kholbon, Pervomaysk, Vershino-Darasunsky, Bukshar, Nerchinsk, Mirsanovo, Kazanovo, Verkh-Usugli, Tungokochen, Bogomyagkovo, and Chita, not to mention those nameless beautiful places where we stopped on the road or visited on our way. Together with his children we went on a horse riding tour, shot and edited a short film about the Cossack school, visited the bakery whose owner has been actively collaborating with Father Alexander, talked to many of his parishioners and friends, helped to sing in the choir during the services, got used to get up with him at 6:30 a.m., and, of course, we could hardly keep up with him to ask our questions for the interview – on the way, in free moments on trips or in short breaks between baptisms and the service. 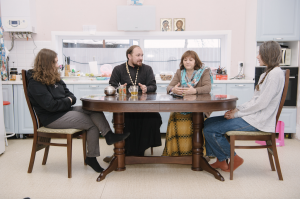 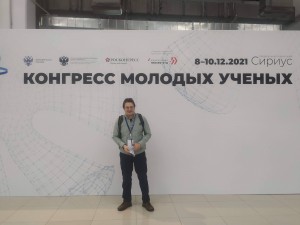