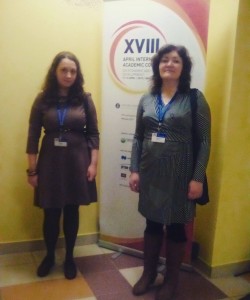 Mariia Goleva particapated in the work of the section «Modern Parenthood in the Social Dimension»presented a paper on «Time allocation in large families» prepared in the framework of the research project «Fertility and social support networks: determinants of large families’ formation (ISEPR Foundation)».